What Will Happen If You Ignore A Toilet Bowl Choke?

What Will Happen If You Ignore A Toilet Bowl Choke?

Compared to clean drinking water, sewage is very toxic and contains harmful microbes. Anything contaminated by raw sewage will have to be discarded due to health reasons. Often the flooring, furnishings, and other items will have to be replaced – this is both time-consuming and expensive. 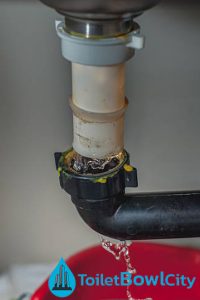 When the toilet bowl is choked, all the water will flow at a high speed through the narrow outlet or pipe available, increasing the pressure on the walls of the pipe. When the pressure on the pipe is increased for a longer time, it can cause cracks in the pipe walls or the pipe may even burst. The water from the burst pipe can cause structural damage to the building, make the wood rot, and also increase the humidity levels which will cause mold and mildew to flourish.

Repairing said damage will be costly, therefore it is important to unclog your toilet bowl before it reaches this stage. 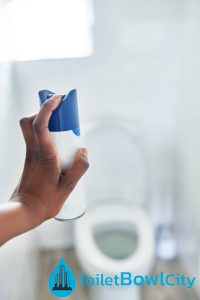 Another sign that you have a choked toilet bowl is the presence of stagnant water, waste, and other debris. This will gradually decay due to the action of bacteria and other microbes. During the process of decomposition of the waste, several toxic and foul-smelling gasses like carbon monoxide, hydrogen sulfide, methane, and ammonia are released. The foul smell will make it difficult to live in the house, and sometimes cause respiratory problems. 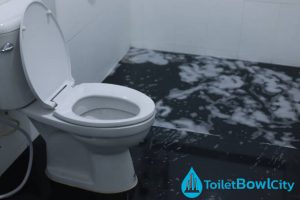 The water from the choked toilet bowl could cause flooding in the house, especially in the areas surrounding the installed toilet bowl. The dirty water will damage the furnishings, appliances, furniture, and other items kept in the vicinity. These damaged items will have to be discarded and result in wasting your money. The water could cause erosion, rusting of metallic items, and damage to the building structure.

Additionally, the high humidity levels could cause the growth of mold, mildew, adversely affecting air quality. In order to avoid such situations, it is important to know the ways to prevent a toilet bowl choke.

The dirty water from the toilet bowl choke could contaminate the water in the rest of the plumbing system, especially drinking water, causing bacteria and other harmful microbes. This could lead to waterborne diseases. In addition, the mold spores will badly affect the air quality, causing asthma and other health problems. Treating these health problems is often very expensive and can reduce productivity.

It is ideal to have water and other waste promptly drained into the sewage system. However, if you have a choked toilet bowl, you should not ignore it as it may result in a sewage backup, burst pipe, bad smells, flooding, and health problems. It is best to engage professional toilet bowl services to resolve the problem right away, they are experts who are trained and knowledgeable to handle situations like a choked toilet bowl, toilet bowl leak, and others.

Should you do a toilet bowl replacement or repair?

Mistakes to avoid when getting a new toilet bowl

Signs that you need a toilet bowl replacement

How to clean and maintain your toilet bowl

How Much Does a Saniton Toilet Bowl Cost?

Should I Install One-Piece or Two-Piece Toilet Bowl?

October 5, 2022 by toiletcityadmin7 19
© 2020. Toilet Bowl City Singapore. All Rights Reserved Terms of Use and Privacy Policy
Open chat
Hi, do you need some help with toilet bowl services? Text us now!